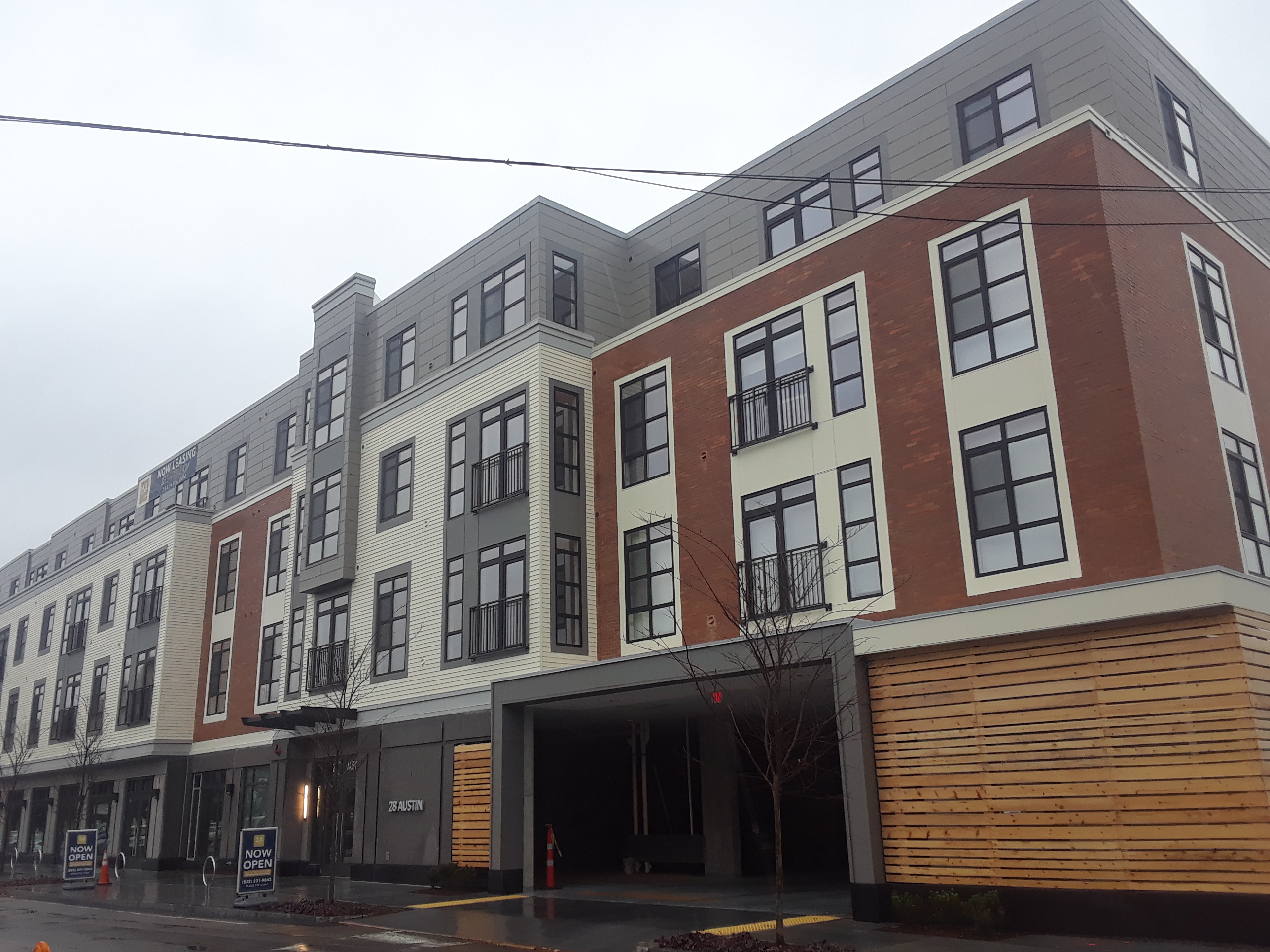 Located in the village of Newtonville, 28 Austin is Newton’s first new multi-family housing north of Route 9 in more than a decade, and was created via a unique private-public partnership between the City of Newton and Austin Street Partners that designates 23 of the apartments as affordable.

“28 Austin provides much-needed housing options for the region’s thriving workforce as well as for residents wanting to remain in Newton as they downsize from their single-family homes,” said Gwendolen Noyes, COO of GreenStaxx and partner at Oaktree Development. 28 Austin is

located directly across from Star Market and within easy walking distance to a host of village shops, service-oriented businesses and over a dozen restaurants. The commuter rail is located just two blocks away and there is easy access to MBTA bus transportation, including express-bus routes to Downtown Boston. 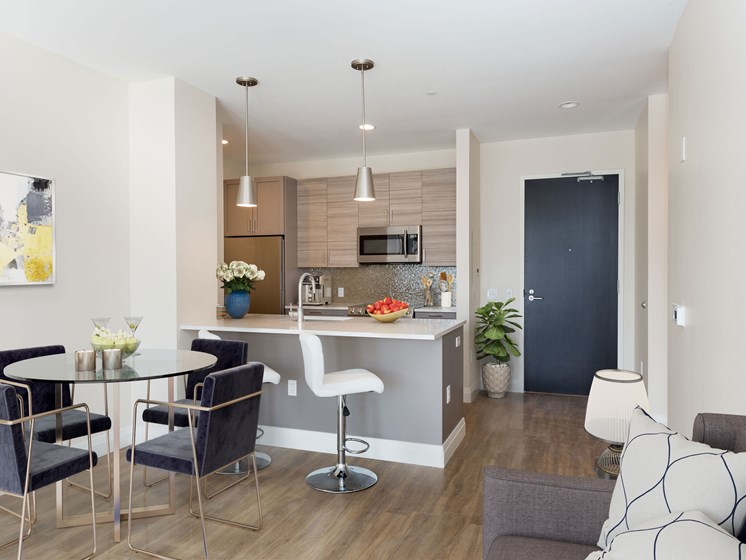 Designed by Stantec and constructed by NEI General Contracting, 28 Austin was built using GreenStaxx modular building technology, a patented design system designed by Oaktree principal Arthur Klipfel, which uses pre-designed and pre-engineered units that can be assembled like Lego blocks to fit any site. In addition to the apartments and retail space, there are 90 underground parking spaces for residents as well as 123 surface level public parking spaces. A new public plaza and playground improve the former municipal parking lot. A rooftop solar array provides over fifty percent of the building’s electrical needs, and 28 Austin is LEED certifiable, utilizing efficient heating and ventilation systems, fixtures and lighting.

Residents began moving in in September, and retailers Henry Bear’s Park, a toy store, will open for Christmas and Caffé Nero, the bakery and café, will open in early 2020. The residential portion of 28 Austin is professionally managed and leased by the Nordblom Company, and Avison Young is the exclusive leasing agent for the retail space.

At the grand opening ceremony held in late October, Scott Oran, principal of developer Austin Street Partners, thanked the broad array of Newton civic organizations and residents for their support over the many years it took to bring the project to fruition. “Thank you for showing up, repeatedly and with conviction, for years and years in many cases, to make this building a reality,” said Oran. “If it takes a village to raise a child, it surely took a city to raise this building.”